- A new game is required!

- Current translations at Beta2 are currently only available in German, Russian, English and partly in Polish.

- Fixed missing store pictures for the wheel loader and the tools in the lime pit. The text has also been corrected for the high-tip bucket

- Floor in the cowshed slightly lowered. In multiplayer the terrain came through the base plate (not tested whether it is fixed)

- Bulls added to animals.xml for seasons and l10n texts added to the German, English and Polish language files

- At Feld24 / Wiese an error occurred at a corner when mowing, this has now been fixed, a grain texture was displayed in the grass swath, was triggered by a faulty terrainDetailHeight_density.gdm

- Fixed yeast storage shelf in the bakery, you stored a package of yeast with 1000L and only 100L came out after restarting the game

- BigBag Max could be reset through your own inattention, this has now been prevented

- Cheese production has been made a little more realistic, rennet has now been added. You need some rennet that can be bought in the shop under consumables as a 5L canister

Please note: only a small amount of rennet is required to make cheese. One canister can produce about 10 batches of cheese

Due to the fact that the LS cannot calculate milliliters, the filling quantity is given in liters, so a canister has 500L

- Wall storage rack built into the cheese dairy for the storage of the rennet canisters (The spawn point for the canister is on the left in front of the table under the wall shelf. So please do not stand in the spawning)

- Pigsty on the farm rebuilt and expanded. The LSFM BigBags, IBC containers and Realistic Seeder pallets can now be stored in the front attic by lift.

At the rear of the stable, another square bale storage for straw bales was installed, the functionality is the same as the storage above the yard workshop

Notes on the lift:

Before operating the lift, the attic door should be opened to avoid damage

The storage can be activated or deactivated, this is necessary in order to move the things out again because the objects spawn directly on the elevator, a small traffic light in the attic helps to recognize what is currently activated

Traffic light (red) = storage is deactivated, objects can be removed

Traffic light (green) = storage is activated - no objects can be exported

- Strautmann SEK802 added to the map, this has now received a few upgrades compared to the standard e.g. a new wheel configuration for Nokian wheels, rim color selection and the platform can now also be selected with a side wall

(useful for transporting small objects such as sacks because these are no longer automatically emptied) Standard Strautmann has been removed from the shop.

- a bagging machine was integrated into the map, it works like the BigBag Max, only that you can use it to fill small sacks, including wood chips and potatoes, as these were removed with the BigBagMax

The machine can be found in the shop under production equipment and must be purchased separately.

The small sacks can be sold in the cattle trade for a higher price. It should be noted that this only accepts bags of feed

- Cattle trade somewhat expanded by a small sales point where you can sell the self-filled bags of feed. The bags must be carried in by hand

- a garden center installed, this serves as a sales point for small bagged goods from our own production. The following bags can be sold there: compost, fertilizer, seeds and lime. Note the price overview!

- New main farm silo installed, the dump sump at the bulk goods store was removed and also the display

- New FillType built-in wood shavings, wood shavings are available free of charge in the sawmill as a waste product.

- Chicken coop at the farm expanded, a new feeding trough was installed, the BigBag frame was removed, there is now a tap where you can fill a bucket, the gates have been optically improved

- Storage for wood shavings and chicken feed bags installed in the attic of the chicken coop, the storage area is accessible from below. When the barn door and the faucet, there is a trigger to open the floor door (note the F1 help window)

- Marc can now also be used for feeding the sheep

- The sawmill has been rebuilt a little and optically embellished, here you can now buy wood chips and shavings from the green double silo (please note each silo has its own FillType, information can be found under the silo in the selection dialog)

- Sale of wood chips at the sawmill removed, was illogical no sawmill buys wood chips, they have enough of them themselves

- Sign at the slaughterhouse changed at the unloading point for bulls (text was changed from cattle to bulls, fits better)

- Milking robots in the cowshed and on pasture B, cow models have now been adapted to the new cows

- Compost bales as well as everything that belongs to the compost bale production has been removed, as an alternative one can now fill compost in big bags or in small 50L sacks

- Removed mud hole script, caused too many problems with the vehicles in connection with the dirt

- BigBagMax slightly changed, compost can now be filled in BigBags, small sacks for potatoes and wood chips have been removed, so these two types of fill can now be issued as BigBag, planing chips have also been added

- Buyable lime BigBag removed from the shop, lime can still be bought loose or extracted in the lime pit. Lime can also be filled as a BigBag and can be sold at Raiffeisen by lift

(The reason for this change is that specially manufactured BigBags can now be sold in the Raiffeisen for more money). Buyable BigBags have dark gray tabs and self-made LSFM green tabs

- Various Giants standard things removed from the shop that are not needed on the map (sand castle etc.)

- In the malt factory, spent grain production was halved

The big bags have to be placed on the platform and at the counter you have to move them to the attic. The sale then takes place above. Please note the BigBag has to be emptied first, it takes a moment

The company's own Kramer can be used to load the lift. The prices for the BigBags can be found separately in the price overview (note prices are as always given in liters)

- Various changes made to the pastures, pastures where the milk is collected in IBC tanks, hose system removed again from the IBC tanks

- At cow pasture A the milk cans were removed for various reasons, there is now an IBC collection container with normal trigger. If you still want milk cans you have to buy some in the shop and fill it up yourself at an LSFM tank.

- In pastures with built-in feeders, loose material can now be filled again (shovel, big bags, etc.) with the exception of the paddock, which still only accepts hay in bales

- Cows have been enlarged a bit compared to Beta1

- Dead weights of the fill types on various pallets removed, the mass is no longer included in the calculation, so the pallet forks should no longer stick to the DynamicMountTrigger in the event of a capacity change (Giants Bug)

- Start Vehicles slightly adjusted, exchange to the new LSFM attachments, tool box is now in the yard workshop and no longer on the gator

- BigBag Max at Grain Storage Square has been moved a little, it is now located next to the compost silo. 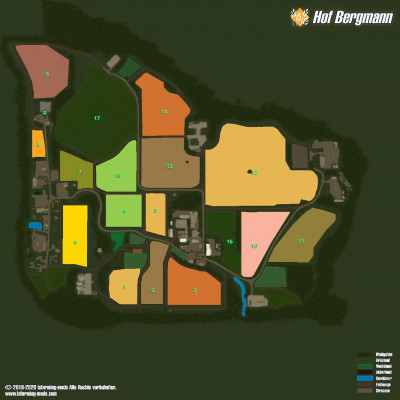 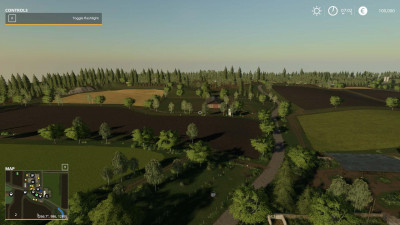 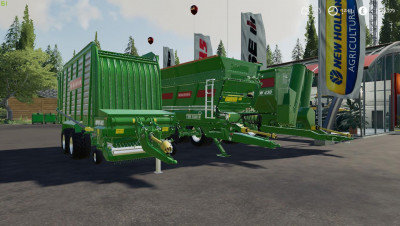 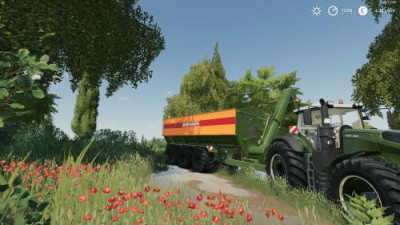 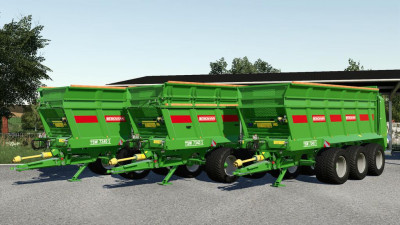 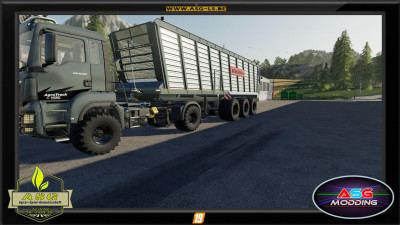 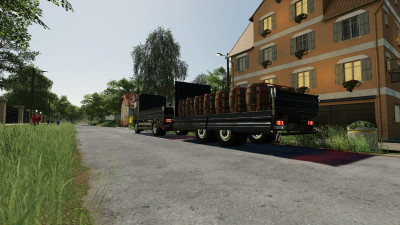 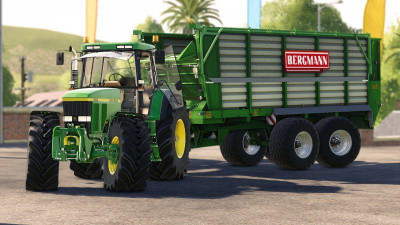 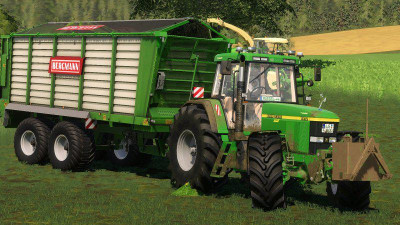