Description:
The 'Eicher AG300' cultivator/harrow was made in the mid to late 60s by german tractor make 'Eicher'.

Besides the well known and renowned Eicher tractors with aircooled Eicher engines Eicher also had a quite substantial assorment of implements in their program. But unlike the tractors far less of these were ever sold and even fewer survived to today. (After all, its much easier and common to scrap an old implement than an old tractor)

The cultivator/harrow originaly was painted in 'Eicher Alps Blue' and had red wheels, at least that is the most likely option. Since there's only black and white photos from old adverts and I haven't found pictures of an unrestored one yet I can't be sure.

That's why I've also added the later 'Eicher Curier Blue' and typical red and green implement paint to the color options. You can chose wheel color and main color seperately.

Also there's a "weathered" option for each color which is slighty more rough and also lighter due to years of sun and UV.

The cultivator/harrow has a working width of 3m and can be pulled with a minimum of 30hp depending on soil condition and working depth.

Usually cultivator/harrows were used to prepare seed bed after ploughing. 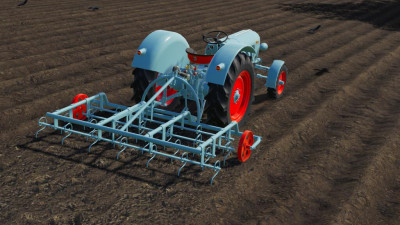 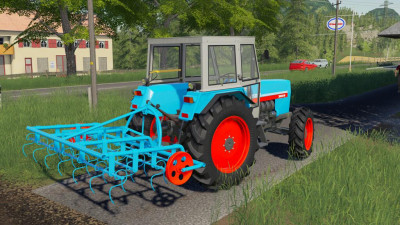 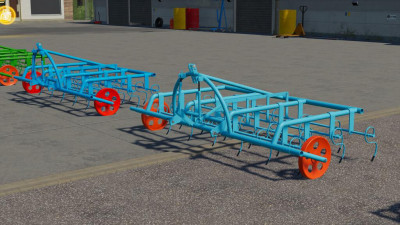 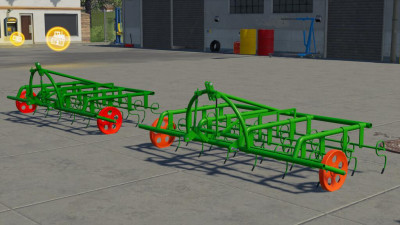 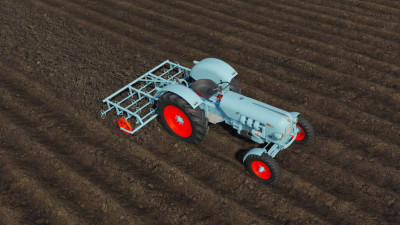 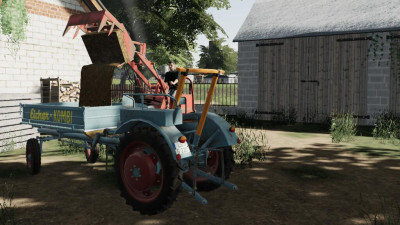 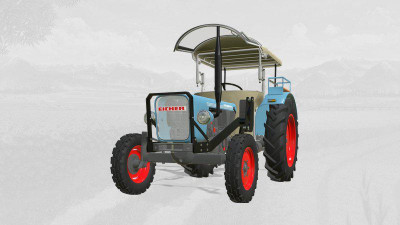 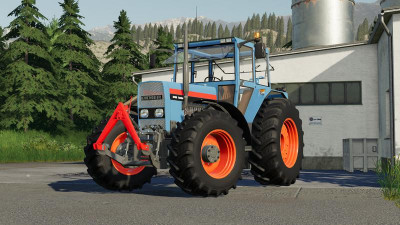 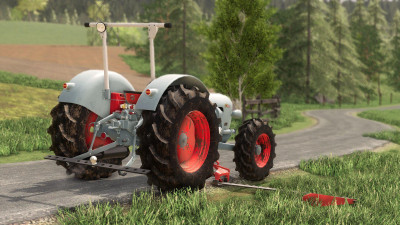 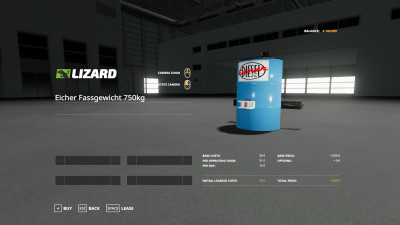 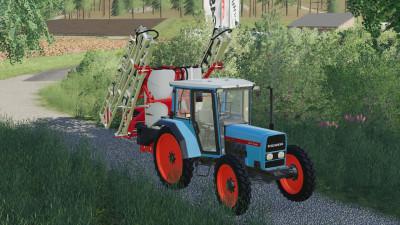 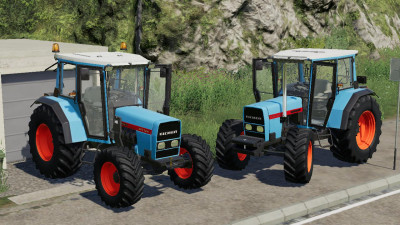 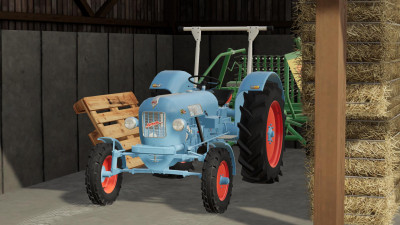 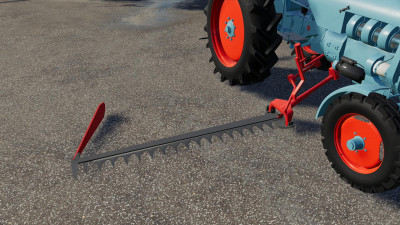